This article is mainly used to record my own experience on installing the Solus operating system to a new machine, during which I encountered troubles using the regular method. It may not be very helpful for general users, but if you had similar experience as mine, then the method introduced here is one possible solution.

I typically install three operating systems (OS) side by side on my machine for daily use: Windows, Manjaro Linux, and Solus. Solus is a very young OS, but with a strong community for development and maintenance. It has a modern design, and is well tuned and optimized, making it very suitable for programming and development. It is especially useful if you want to run GPU-based programs, as it has a nice integration with video card drivers.

Recently I got a new desktop equipped with the RTX 3070 video card, on which I intend to run some deep learning code. I had a pleasant experience working with Solus on my laptop, so I also decided to install Solus on the new machine. However, the regular method introduced in the official guide did not succeed, possibly because the video card is relatively new, and the live CD could not even boot.

There are many choices for virtual machine software, and finally I used QEMU since it is very lightweight and does not require heavy configuration. The following command immediately opens a virtual machine that runs the Solus live CD: 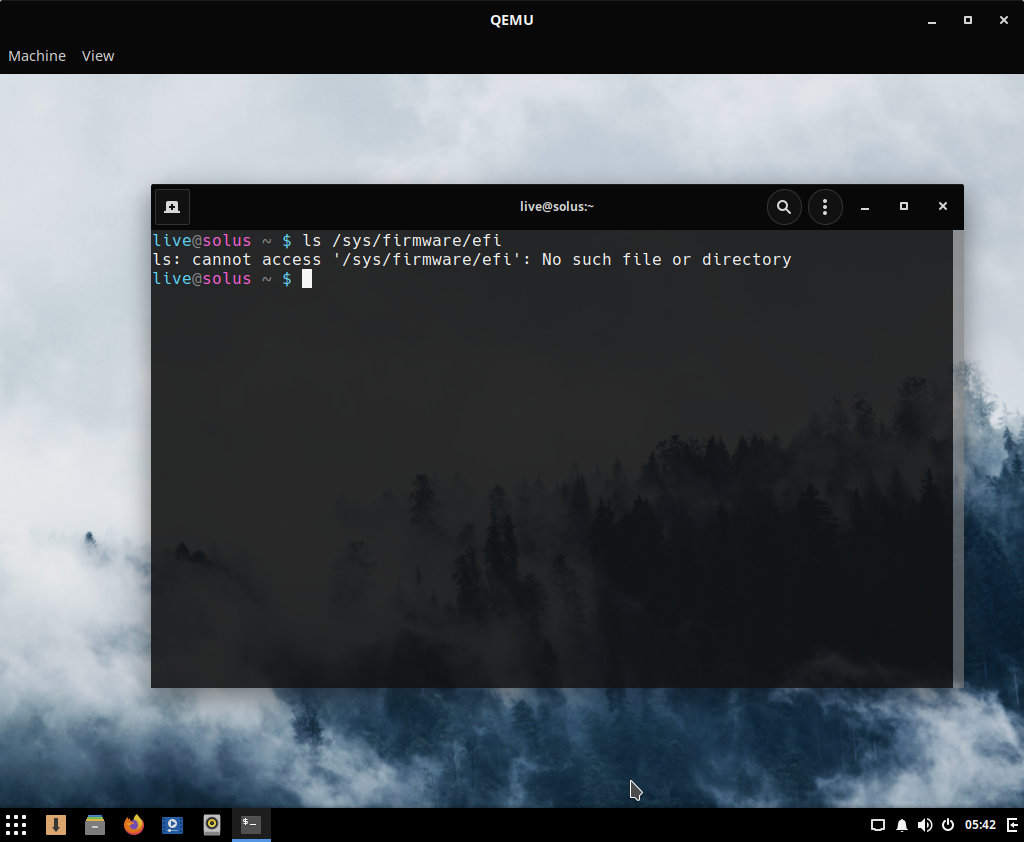 But there are two problems here. First, as explained in this article, the live CD will attempt to install Solus by the same method it was booted, which means that if the live CD was not booted in EFI mode, then it would not provide the EFI option for installation to the real machine. QEMU by default does not provide the EFI boot option, so the virtual machine above was booted in legacy mode, which can be verified by running the ls /sys/firmware/efi command.

Fortunately, there is a method to add EFI support to QEMU. Following the instructions here, we need to extract the file bios.bin from the OVMF rpm package, and then run QEMU with the -bios option: 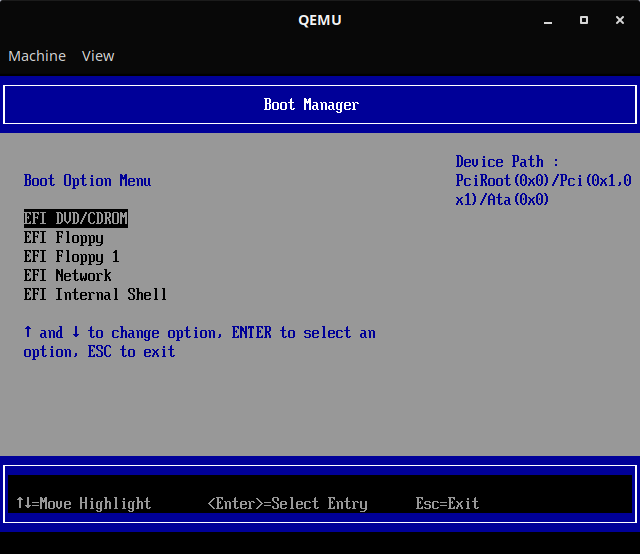 This time the live CD was indeed booted in the EFI mode. 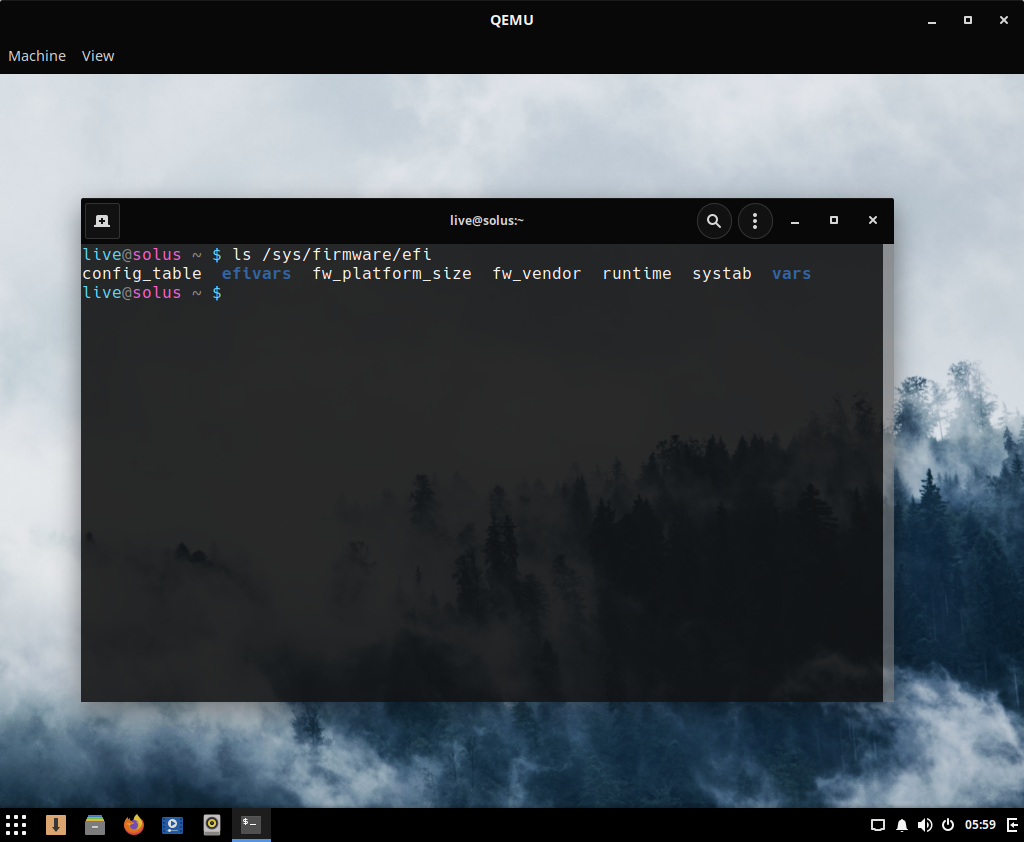 Note that this command must be run with sudo, since modifying /dev/sdb is a super user operation.

Finally, I was able to run Solus live CD in EFI mode and install the system to the real machine. The remaining tasks were just routines: upgrading the whole system using sudo eopkg upgrade for better hardware support, and installing the NVIDIA video card driver with sudo eopkg install nvidia-glx-driver-current. After that I was able to run Solus on the new machine smoothly.